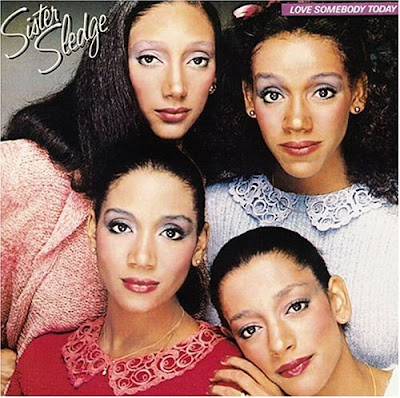 "tired of movies all by myself, I'm sure you folks know what I mean..."

Before moving to the chaotic city of Caracas, where I've been living for the past 11 years, I'd always stay at my grandma's house for some days off with my mother-side of my family. As young as I was back then, my curiousity for all things music was present and would manifest itself by checking out old record collections of my cousins, who were considerably older than me. When my sister and her friends had "Los Merenguitos" and "Chamocropolis" as musical references, I had Donna Summer's "I Remember Yesterday" and, most definitely, Sister Sledge's 1980 disc "Love Somebody Today". I rescued both of these LP's from the dusty shelves and saved them for my own, placing Sister Sledge as one of my all time favorite albums (which is far better than "We are Family" to begin with). I don't really know how to express this, but I've had a special connection with this record, from the stylish cover and the even more stylish R&B/Disco production (courtesy of Chic, of course). It always takes me back to my growing-up experience, and it's nice to revisit it from time to time.

MP3: Sister Sledge - Got To Love Somebody
Posted by dieWs at 6:38 PM 3 comments:

where did all the funky divas go? 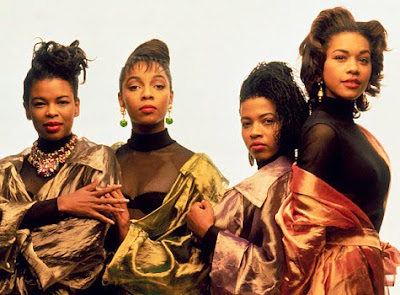 If the 1980's has taught us something is that bad taste dreadfully ruled during that entire 10-year span, in both music and fashion. Nonetheless, there were some rare exceptions where the marriage between sound and style (or the lack there of) worked to perfection and gave us timeless beats. The following decade surely made up for what was missing in the previous one: the 90s brought back the simplicity and chic-ness of old times, shaped for the MTV generation, and coupled with authentic talent that relied on soulful vocals rather than weird extravaganza.

Enter En Vogue. Cindy Herron, Maxine Jones, Dawn Robinson and Terry Ellis, four gorgeous black ladies whose cool funky R&B dominated US charts during most of the decade. What was so special about En Vogue besides the facts that we've already discussed? They looked like the girl group next door, that is if you we're next door to Versace and Dior headquarters. Their lyrics easily empowered women (and men who felt like women) into being self-assured beings. They could sing their butts off rivaling the Mariahs and Whitneys of their day. They were so accesible (on music and on pressence) that you could buy them for the dozen if they were actually on sale.

The times have changed and their string on the charts might be over but En Vogue is back and are performing constantly on American and European shores, in a setlist that features most, if not ALL, of their biggest hits. Now, if you'll excuse me, I'll put on my wig and my babydoll-shaped dress and sashay around the house looking for a man to teach him what it's worth. Halleloo! (I'm sorry, too much "Drag Race" lately)

It's exactly that. A melting pot. A mixture of everything I like: music, movies, food, traveling, photography, art, graphic design, partys, the nightlife. Everything I love, desire and wish. It's all here and ready to be shared and served!

dieWs
Journalist from Caracas, Venezuela. Melomaniac by birth. Lover of trash stuff and things for free.

All media on this website is merely here for sampling and promotional reasons. We highly encourage our visitors to purchase the album of any song they hear and enjoy. We are trying to promote some unheard-of music, not rip off the artists and their record labels.